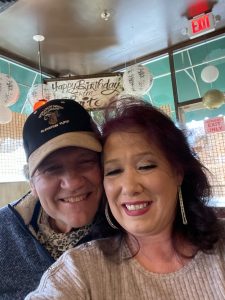 Doug become a follower of Jesus at the age of 17 in a small Methodist Church on Kent Island Maryland during the “Jesus Movement” of the early 70’s. He began leading the churches youth goup and teaching bibles studies. After becoming a Black Belt in Tae Kwon Do South Korea’s 8th dan Mr. Cha. He started a successful Tae Kwon Do studio where he taught Christian ideals in the full contact Martial Art. He additionally started playing guitar in local bands.

His family moved to Memphis in the late 70’s and Doug had to close his Dojo. On coming to Memphis he because part of the University of Memphis Gymnastic team and started a local Memphis Rock band which would come to be called “Daybreak’. He was an innovator who played rock music with Spiritual lyrics when churches were rejecting rock. He would modified traditional hymns to have a 4/4 beat and a rock and soul groove. He would also play main stream rock songs that had a theme that could be seen as spiritual or even worship. During this time was his first run in with the Religious leaders. It might be hard for one to imagine now, but in the 70’s the vast majority of church leade 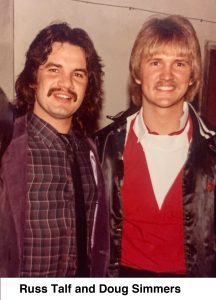 rship taught rock music was from the devil. Assembly of God and Baptist churches taught that even that the drum beats conjure up demons.

In the 80’s what was being coined as “Contemporary Christian Music” or CCM was starting to go mainstream church. Daybreak came to play on stage in front of many of the “CCM artist” of the 80s such as Russ Taff, Memphis’s own CCM juggernaut DeGarmo and Key, Mylon LeFevre and Broken Heart and David and the Giants to name a few. Eddie DeGarmo and the Blackwood Brothers worked with Doug on his top 10 CCM charted “My Life”. Doug’s focus wasn’t on becoming a rock start but changing peoples lives. Memphis based “Daybreak” had many local Memphis musicians who joined them from time to time including Keyboardists from the Kinks to Guitarists from Black Oak Arkansas. His focus was on bringing positive Rock into churches and religious Universities. 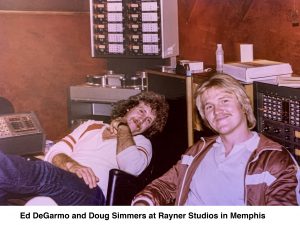 Because of their mutual friendship with John Wimber and his son Chris, 1989 his father, Dr. Paul Simmers, a Presbyterian Pastor ask him to help found the Vineyard Christian Fellowship of Memphis. They rented out a local abandoned mall. He started local music event renting out an abandoned Ponchos Bar which was in the same mall they were renting for the church. They would have many local Christian Bands play as well as Ardent Studio recording artists. Because the church needed musicians to play at home grounds, Doug started a free teaching school, where area musicians would teach anyone guitar to drums. The church ended up with 5 large worship teams who would alternate every Sunday and grew to about 2000 members. Crossway was on of the first churches in Memphis Tennessee that worshiped with a full rock band and played worship music for 20-30 minutes before the sermon.

Doug was ordained a Vineyard pastor and lead worship and taught about Worship and Evangelism at several Vineyard Conferences in Anaheim California. After the death of John 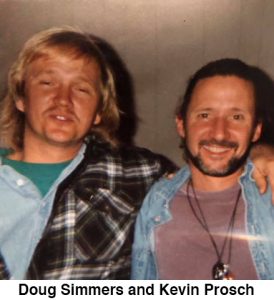 Wimber, The church left the Vineyard “Movement” in 2000 and purchased a church in Bartlett Tennessee and changed it’s name to Crossway Church. Doug as worship leader there, has recorded 5 worship CD’s and was nominated for a local Grammy from the Memphis NARAS chapter.

Doug pulled out of the ministry for several years and after the death of his father was asked by church members to come back and was then voted by members back as lead pastor at Crossway. Today the Church is growing, healthy and ready to rock!

Doug is happily married to Deneane and has 8 kids.